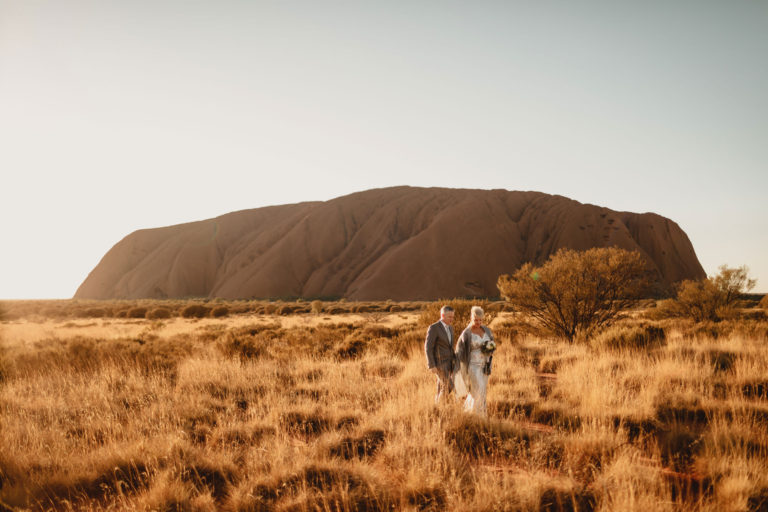 The Uluru elopement Mary-Anne & Edward was an amazing experience and one that has been on my elopement bucket list for a long time. We actually honeymooned at Uluru and had thought of doing our elopement at Uluru ourselves. So I am so grateful that they trusted me with this really special Uluru elopement.

Uluru is located right in the centre of Australia in the Northern Territory and is a UNESCO World Heritage site. It is also known as Ayers Rock, a name given by the Europeans in 1873. But Uluru is the Aboriginal name and its official name. It is probably Australia’s most famous and iconic landmark. People come from all over the world to see this amazing, giant stone monolith. Which at 348 metres tall is higher than the Eiffel Tower. It is 600 million years old and is an incredibly spiritual place, particularly to Australia’s indigenous people. And it can be said that Uluru is Australia’s heart.

And it absolutely blows my mind that more people, and yes I mean Aussies, aren’t getting married and eloping in this magical destination.

Uluru is only a three-hour flight from most state capitals. It has heaps of accommodation options, ranging from camping grounds, apartments to five-star luxury and more. It is a great central destination to have your wedding or elopement. So if you are planning a destination wedding, I strongly recommend you short-list Uluru. If you don’t mind a little red dirt on your wedding dress, then Uluru is the ultimate location to have a truly Australian wedding.

Mary-Anne & Edward decided to have their elopement at the luxury desert resort called Longitude 131. It is the premier place to stay at Uluru and is the ultimate in glamping if you can even call it that. Luxury tented pavilions with the most amazing views of Uluru from every room.

I met up with them the day before the elopement at Uluru to have a chat, meet them in person, meet their amazing kids and take a couple of casual photos of them.

The elopement day itself was a beautiful relaxed day at Longitude 131 and was all about their two families coming together as one. A sunset ceremony at ‘The Dune Top’ with 360° panoramic views of Uluru and Kata Tjuta. It doesn’t get any better than that. And it was so wonderful to witness them say their personal vows to each other.

After the ceremony, we popped some champagne and did a few photos around the property. And as the sun fully set they were whisked off to a secluded private dinner just for Longitude 131 guests.

They had travelled from Cairns and I had travelled from Sydney. So we arranged to meet up the following morning for a few photos before we caught our flights back to our home cities. Uluru is a truly amazingly beautiful and spiritual place. I so privileged that have been chosen by these guys to photograph their elopement. And I can’t wait to return and explore more of this amazing region of Australia.

I really wanted to get a night shot of Uluru under the stars. On the night of the elopement, there was actually clouds in the sky… I know it never rains in Uluru and I got clouds. So on the final night, before I left to return home to Sydney, I headed out to a sand dune in the dark and took this panorama photo below. I was just hoping for a clear sky so that I could see the stars. I wasn’t expecting to see the Milky Way like this!

It is actually about 30+ photos, stitched together because you just can’t fit the whole milky way in, in one shot. And the milky way actually went over Uluru like this. It was incredible to witness in person and this photo really doesn’t do it justice. I haven’t photoshopped the milky way from somewhere else and put it in this photo.

And while taking this photo in the pitch black, I swear I could hear a Dingo sniffing around in the bushes not too far from me… but it was totally worth it for this Uluru elopement!

“In one word, amazing!
We love them all and the variety and quality of the shots just what we were hoping for. You truly have a wonderful eye and superb skills.” 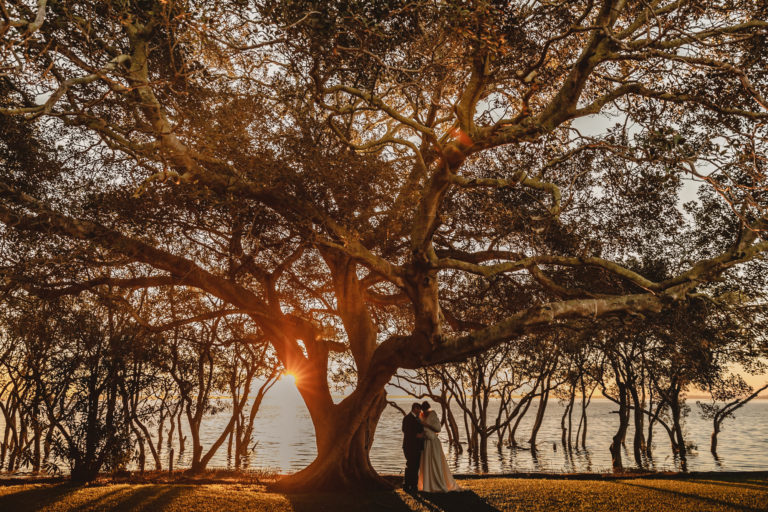 The Stanley Park wedding of Pippy & Jarad was a beautiful winter wedding in one of the grandest waterfront venues in the Newcastle & Port Stephens area.

Stanley Park is a huge historic, eight-bedroom homestead set on 28 areas of land right on the waterfront. It is located in the suburb of Fullerton Cove, which is just twenty minutes from Newcastle or twenty-five minutes from Port Stephens. It is a huge, historic two-storey homestead built-in 1897. And it is an absolutely stunning place to have a wedding!

The girls got ready onsite at Stanley Park, while the boys got ready at some nearby accommodation near Port Stephens.

The wedding ceremony took place at a church in Newcastle called Sacred Heart Cathedral. My favourite moment from the church was when the bride’s parents walked her down the aisle and she sees her soon-to-be husband for the first time.

After the church ceremony, we drove back to Stanley Park and did a few photos outside the homestead and around the very old and huge Moreton Bay fig. Which is an iconic spot for photos at Stanley Park and also a popular location for wedding ceremonies.

The bride & groom spend the rest of the afternoon chatting and eating with their guests. There was lots of food, a beer truck and various wedding games. And then, right on sunset, we took a few photos of just the two of them.

Once the sun fully set, the fog rolled in and the temperature dropped considerably. And everyone gathered in the amazing marquee by Beavis Your Event Team. There were some touching wedding speeches and some crazy dancing. Pretty much all the ingredients needed for an awesome party.

So I hope you enjoy this amazing Stanley Park wedding! It was a wonderful day to photograph and I can’t wait to shoot more weddings there in the future :) 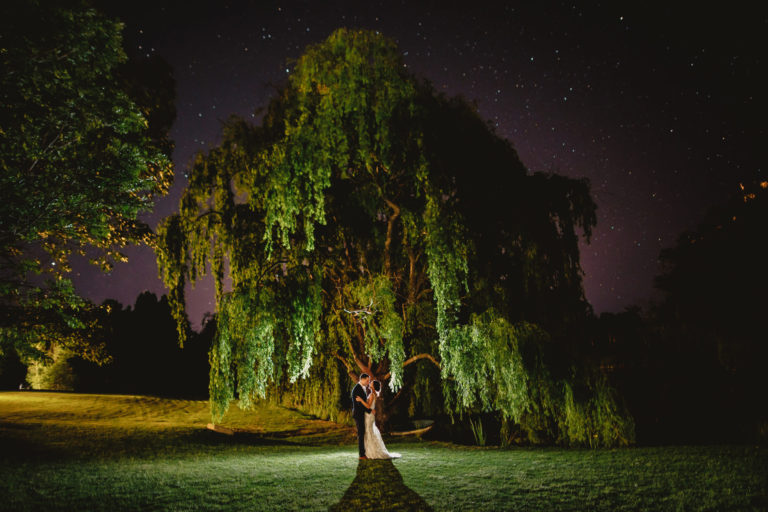 The Briars Country L wedding in Bowral of Ashleigh & Daniel was a day filled with emotion, love and an awesome party!!

The wedding, from start to finish, all happened at the one location. At the stunning Briars Country Lodge and Historic Inn in the Southern Highlands, Bowral. Which actually started as an Inn back in 1827. It is a beautiful fifteen-acre property set in the country-side, with lots of big trees, open fields and even a lake.

They both got ready at different ends of the property. So they were still able to stay out of sight from each other. They did, however, write beautiful notes to each other, which they read during their wedding preparation. They were some pretty special moments and it’s so great to see a couple who are able to be open and let their emotions show.

The wedding ceremony was held in the beautiful gardens with the lake in the background. The wedding pretty much booked out the whole place, so wedding guests were able to literally walk out from their terrace to the ceremony.

After the ceremony, we did a few photos around the property with the Bridal party. Ashleigh and Daniel then just hung out with their guests. Eating and drinking with them in the garden. Then just before the sun disappeared behind the horizon, we went out and did a few sunset photos.

The wedding reception had some great food, funny & tear-jerking speeches, a fully choreographed wedding dance and an absolutely crazy party and dancefloor, courtesy of XYDJ.

So enjoy this awesome Briars Country Lodge wedding. It was an amazing day and I can’t wait to photograph more weddings there!